Home Eurozone Sovereign spreads and the frailty of the eurozone

The failure to provide for risk-sharing in the eurozone architecture has sustained chronic mistrust, reflected in sovereign spreads. 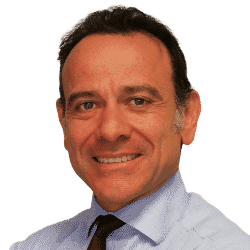 There are numerous cases in which market forces have succeeded in folding a central bank committed to defending the exchange rate of its currency. Speculative attacks, when properly calibrated, can be so disruptive as to influence the economic policy decisions of a state. Recent examples include the end of the European Monetary System in 1992 with the crash of the Italian lira and the pound sterling, the depreciation of the yuan, the decoupling of the Swiss franc from the euro and, finally, the (still in progress) crisis of the Turkish lira.

In a more or less rigid system of fixed exchange rates, the central bank operates on the open market by modifying its stock of foreign-exchange reserves to keep the value of its currency at a given level. As long as the credibility of this commitment is not questioned, the monetary authority essentially maintains control of the money supply. In the long run, however, the fixed exchange rate tends to cause persistent imbalances in financial and commercial flows, given that only a flexible exchange rate can guarantee balance in accounts with foreign countries. If investors begin to doubt that the central bank has sufficient resources to defend the exchange rate, or the political will to do so, they may test the resilience of the parity through speculative attacks.

The typical instance is of a currency which market sentiment considers overvalued: investors begin to discount the currency on the international foreign exchange market, producing a downward pressure on the exchange rate. The central bank can try to counter this pressure by artificially increasing demand for its own currency through the sale of foreign currency—of which, however, it has limited reserves (mainly obtained through a surplus in the trade balance or capital inflows). Therefore, if the downward pressure is persistent enough, the monetary authority may be forced to yield. The exchange rate plunges and then begins to float freely, depending on the bid-and-ask requests of the operators.

In the early 1960s Mundell and Fleming formalised this issue with a trilemma: a fixed exchange rate, perfect capital mobility and an independent monetary policy are an impossible trinity. It is therefore essential to take policy decisions that align the profit strategy of the markets with the creation of value for the community.

Let’s think about the origins of the euro. In the second half of the 1990s, a series of regulatory decisions were taken, including the assignment of a zero-risk weight to all eurozone government bonds: the public debts of the various member states were considered perfectly interchangeable, risk-free assets.

This regulatory set-up was a clear signal to the markets, where traders began to expect that the new currency area would be based on risk-sharing and on the absence of spreads between the government-bond yields of the member countries. Consequently, speculators bet on convergence towards a single interest-rate curve, implementing convergence trades—buying public debt from peripheral countries and selling it from core countries, to make large profits from the expected closing of their yield gaps. Such ‘spread-based intermediation’ did not represent a speculative attack but rather an important support, which accelerated the convergence process and increased the resilience of the eurozone.

The policy decisions on the euro included the choice of a flexible exchange rate with respect to the rest of the world—whereas, in 1999, a euro equivalent was set for each of the currencies of the countries preparing to join the monetary union. Over time, this fixing has fostered increasing imbalances in the balance of payments and at the structural level, which have contributed to weakening the macroeconomic and public-finance landscape of some countries. The eruption of the crisis—together with policy statements which have increasingly pushed risk-sharing away from the architecture of the eurozone—has led to speculative attacks very similar to those described above against a fixed-exchange-rate regime.

This time, however, instead of the theoretically overvalued currency, speculators sold huge amounts of government bonds from peripheral countries, forcing involved governments to pay a higher risk premium, as expressed by the widening of the yield differential (spread) between their public debt securities and German ones. In the context of a financialised economy, this differential means a different cost of money (the euro) for any member country, which in turn has rendered prohibitive interbank borrowing for banks located in the periphery.

Under these conditions, sharing the currency becomes a mere formality. Not by chance, in , which explores the financial architecture of the euro, I report the results of a quantitative analysis which explains how the spread represents de facto the exchange rate among the national ‘shadow currencies’ (euro-lira, euro-Mark, euro-peseta, euro-franc, etc.) of eurozone members.

Obviously, given common membership in the monetary union, there are no transfers of reserves between the national central banks (NCBs) of the euro area, to regulate the movements of these ‘shadow exchange rates’. There is however a virtual shift in reserves between member countries, related to the spread dynamic captured by the ‘Target2’ balances of the NCBs.

Target2 is the cross-border interbank payment system of the euro area: in the absence of a functioning interbank market, any settlement of a transaction between two banks, resident in different member states, is recorded in the Target2 account of the respective national central bank. For instance, if an Italian bank buys a bond from a German bank, the settlement of this trade will engender a Target2 liability for the Bank of Italy and a Target2 claim for the Deutsche Bundesbank. This example apart, these two central banks display the largest Target2 deficit and surplus, respectively—almost -500 billion euro for the Bank of Italy and almost +900 billion euro for the Bundesbank.

Target2 does not set limits on the size of the balances of the member countries: it admits an unlimited overdraft between the NCBs of the euro area. The global financial crisis however led the markets to ‘test’ the resilience of this set-up under stress. With the European political leadership making clear its unwillingness to undertake concrete risk-sharing to manage the crisis, Target2 imbalances and sovereign spreads ballooned, through two channels.

First, the deleveraging by professional investors of their exposures to peripheral governments brought about a significant deterioration of the Target2 balance of countries such as Italy due to the collapse of foreign investments in assets of its public sector. On the other hand, it boosted the spread—the risk premium required by market actors to purchase securities of peripheral countries.

Secondly, the capital flight towards northern and central Eurozone countries has extended also to investors resident in the southern eurozone, who have sold securities issued by national governments to buy assets abroad—producing a further upward pressure on sovereign spreads and, at the same time, a negative effect on the Target2 balance of their central bank.

The link between Target2 balances and spreads does not derive only from financial but also commercial dynamics—even if indirectly. In a bank-centred system, yield spreads and, more generally, a credit crunch raise the financial cost of manufacturing. Hence a loss of competitiveness which is negatively reflected in the current account and therefore in the Target2 balance.

The result is a eurozone trapped in a climate of mistrust—well recognised by investors—in which Target2 balances and persisting yield spreads end up mimicking precisely the transfers of risks within the single-currency area.

As long as the European establishment will not show clear signs to the markets that it intends to implement concrete risk-sharing policies, sovereign spreads will remain and speculators will continue to make profits by betting on their persistence. This spread-based intermediation, unlike that which supported the birth of the euro, presupposes divergence among the interest rates of member countries and therefore fuels macroeconomic imbalances, making it difficult to reduce overall risks in the eurozone. Indeed, risks have changed rather than fallen.

The euro has introduced a new paradigm where an evolved, fixed-exchange-rate system formally exists among member states yet, at least in financial terms, is flanked by a sort of flexible exchange-rate regime among national ‘shadow currencies’. Although it seems implausible that the spread on its own could become a factor for the dissolution of the single currency, the recent story of the monetary union shows that the euro does not escape market rules and the risk of speculative attacks, as indicated by the Mundell-Fleming trilemma.

And actually, in the light of the rise of populist forces experienced over recent years, another trilemma arises—that of Rodrik, which claims the impossible coexistence of democracy, national sovereignty and globalisation. We might reflect on that before the European Parliament vote later this month.

Gerard O’Regan: ‘The EU is not for turning on Brexit as Westminster sinks into...

Save Money by Using the Personal Property Securities Register (PPSR)

10 of the most fabulous open-air markets in Israel – ISRAEL21c

How Companies Like Google and Alibaba Respond to Fast-Moving Markets

How to Deal with Friends/Relatives Who Borrow Money | Personal Excellence